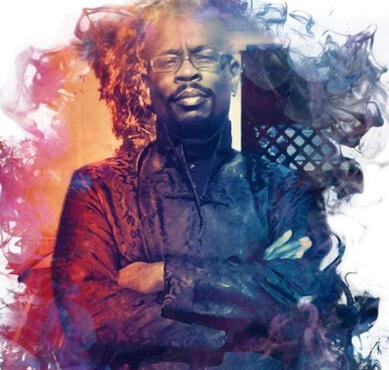 Thaddeus Howze is an award-winning writer, editor, and podcaster creating speculative fiction, scientific, political and cultural commentary from his office in Hayward, California. He is currently a video game writer at the transmedia company, DJ2 Entertainment.Thaddeus' speculative fiction has appeared in numerous anthologies and literary journals. He has published two books, 'Hayward's Reach' (2011), a collection of short stories and 'Broken Glass' (2013) an urban fantasy novella starring his favorite paranormal investigator, Clifford Engram. He is also the creator of a series of articles called Writing Craft: Mastering the Urge to Write.Thaddeus works as a writer and editor for two magazines, the Good Men Project, a men's magazine challenging social norms for men in modern society. He also writes for Krypton Radio, a media station and online magazine, writing articles on popular culture, science, technology and superheroes. He has also appeared in numerous publications including Black Enterprise, Gizmodo, Huffington Post, Polygon, Panel and Frame and the BBC.Thaddeus supports his vision of writing-as-a-lifestyle working as the Vice President of the California Writers Club, focusing on writing advocacy and support for new talent. He is one of the founding members of the Afrosurreal Writers Workshop in Oakland. He was also a Teaching Fellow at Chapter 510: Department of Make Believe (2019-2020) teaching young writers how to create spectacular speculative fiction.Before his career as a writer, Thaddeus was a technology executive who worked in the Bay Area as the Chief Information Officer and Vice President of Information Services for John F. Kennedy University. He was also an adjunct instructor of Computer Science and the technology manager of the Computer Science department at Laney College.Thaddeus' career in information technology spanned two decades and included network design, desktop publishing, educational curriculum design and industry-related coaching.In his identity as The Answer-Man he answers questions about science fiction, media culture, movies, anime, comics and superheroes all over the Internet. He has appeared on a variety of podcasts and convention panels as a comic historian and inspirational writing coach promoting Afrofuturism and speculative fiction writing. 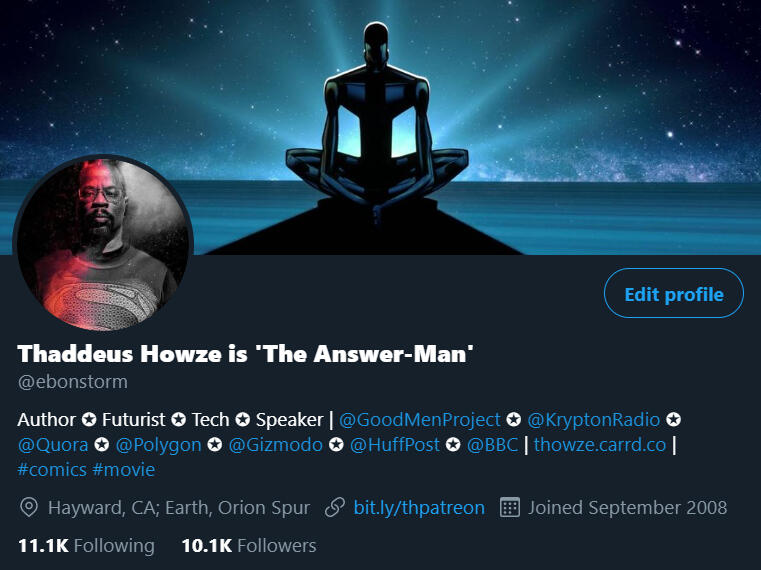 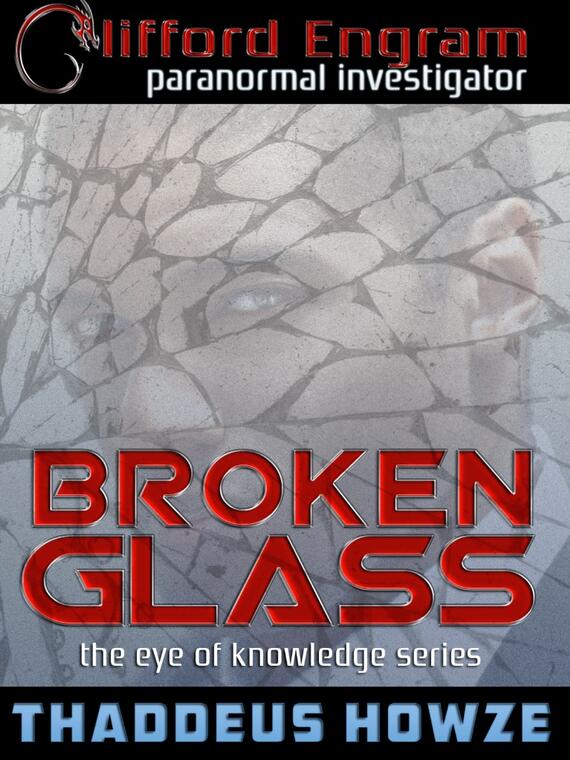 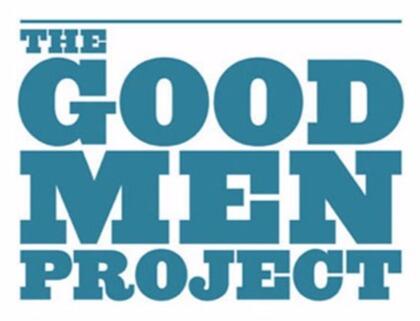 Podcast: Climate Change by the Elements - a climate change focused podcast broken out by the classical elements of air, earth, fire and water, to better understand the nature of climate change making it easier to relate to for the listener. (12), 1 hour, episodesGood Men Project (Editor 2017 - 2019)
Good Men Project (Writer 2011 - 2019)
110 EssaysAs a writer for the Good Men Project for eight years, Thaddeus has written across a wide array of interests including our relationships with technology, its social effects on our culture and behavior as well as considerations for how to live better with our technological developments. He has also addressed cultural issues such racism, human trafficking, corporate malfeasance, controversial judicial rulings and other social justice commentary. 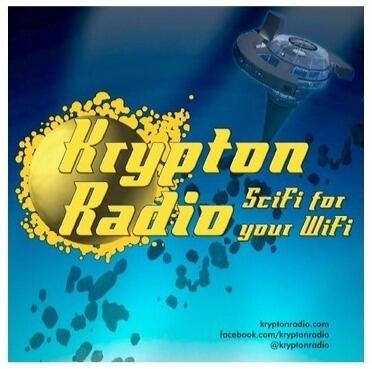 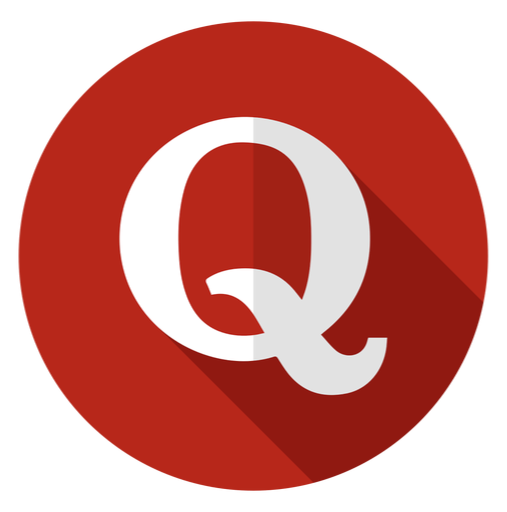 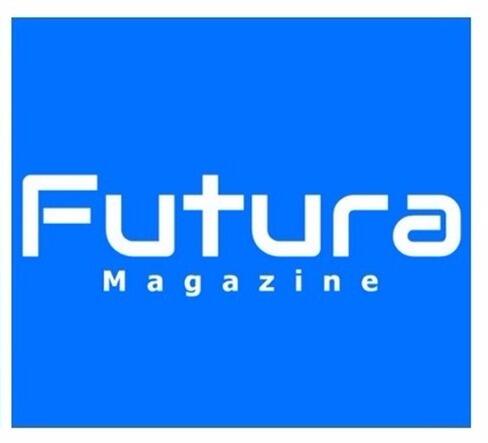 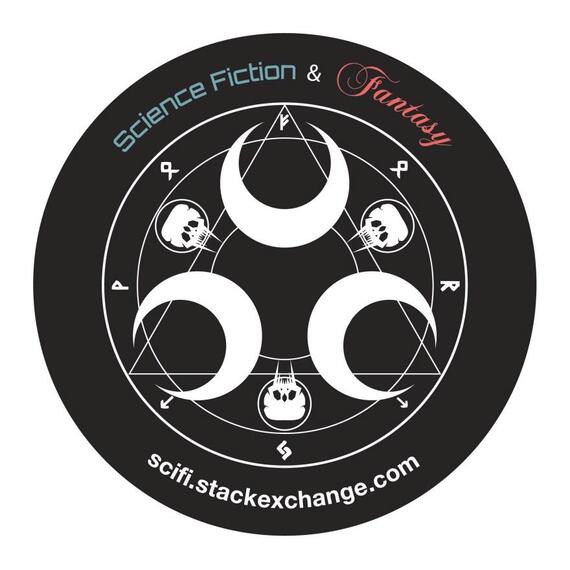 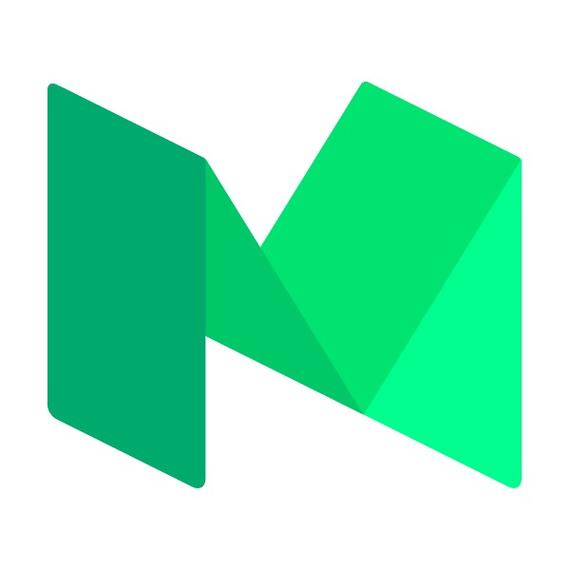 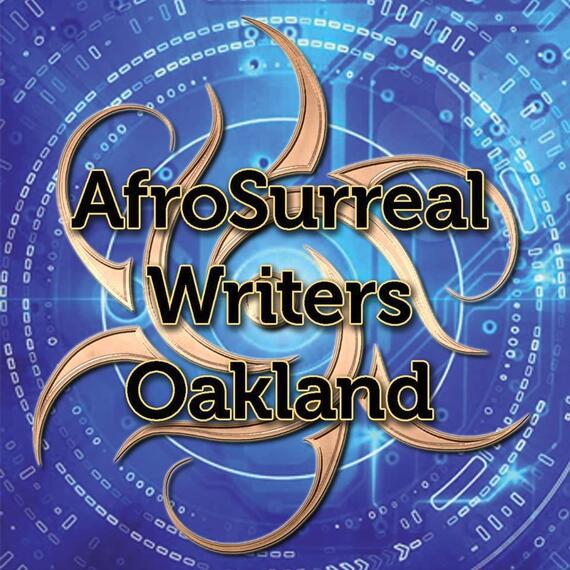 A collection of my essays written on Quora discussing alien civilizations, abstract beings and the cosmic powers of the Marvel and DC Universes. 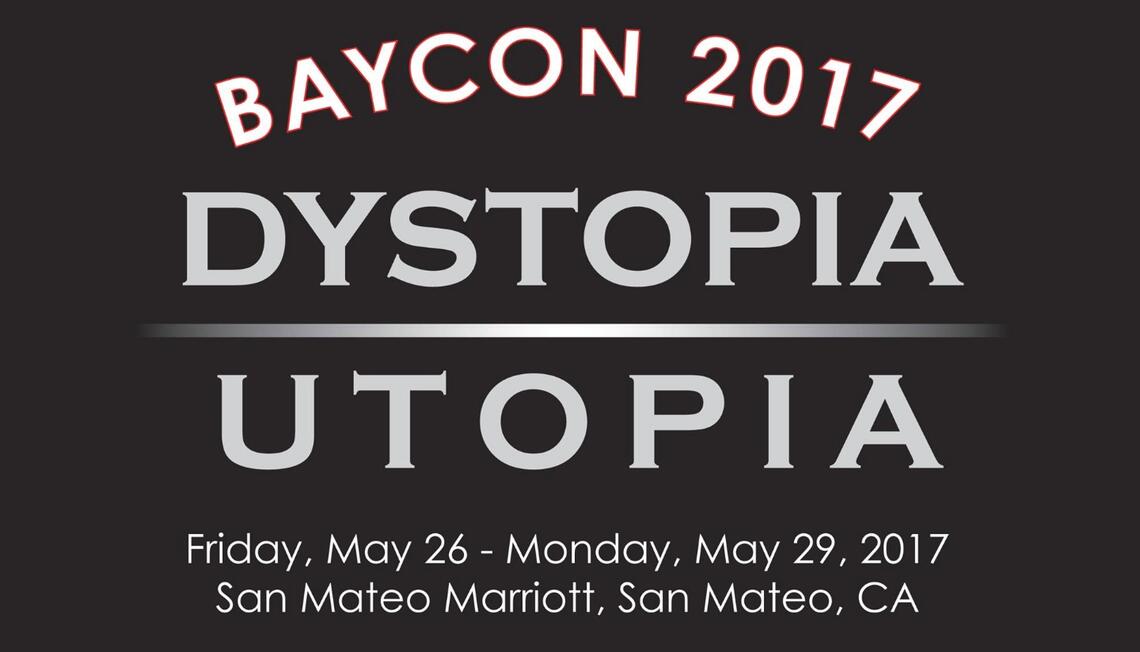 Stealing From The Best
Saturday 13:00 - 14:30, Connect 5 (San Mateo Marriott)So many of our books, movies & TV shows had their inception as other stories. Forbidden Planet started out as Shakespeare's The Tempest, Once Upon A Time and Grimm are composites of other fairy tales. What works and why?S. P. Hendrick (M), Helen Stringer, Thaddeus Howze, M Christian, Jay Hartlove

Escape Velocity
Sunday 13:00 - 14:30, Inspire 1 (San Mateo Marriott)Whether it’s the Enterprise exploring new realms now that the Earth is in balance or the corporate plundering of Weyland-Yutani, most science fiction sees the future of the human race on planets beside earth. Panelists will discuss both the fictional and scientific possibilities in space colonization.Colin Fisk (M), Thaddeus Howze, G. David Nordley, Cliff Winnig

The Drake Equation & The Fermi Paradox
Sunday 14:30 - 16:00, Synergy 4 (San Mateo Marriott)There are two primary schools of thought on alien civilizations from the Human perspective.ONE: We are alone in the Universe and there is no other forms of life able to be detected at this time. Given the number of galaxies and the number of stars in each galaxy (100 billion galaxies each with 10 billion to 1 trillion stars each) it seems quite a bit of space for only one species to come into awareness of itself and the vastness of the Universe.TWO: Space is teeming with life and we just haven't found any trace of it yet. Why? Are they hiding? Is becoming a space-faring civilization harder than we think it is? What are the Great Barriers to a civilization becoming capable of taking over a galaxy? Is the galaxy being taking over right now by an alien super-intelligence?What happens if we meet an alien species whose capacities are significantly greater than our own? When one Human group met another with more advanced technologies, bad things tended to happen. Is this happening on a galactic level?Or is there something else? We will explore the ideas of the Drake Equation and the Fermi Paradox in this session.G. David Nordley (M), Dr Burcu Umurhan, Thaddeus Howze, Vanessa MacLaren-Wray

Literary Representations of AI and RoboticsScholars will discuss the role of artificial intelligence and robotics in science and speculative fiction literatures.They will address questions such as: Why do so many texts depict the dangers of AI? Why are we so afraid of our creations gaining sentience and turning against us? What do we stand to lose? To gain?Why does organic humanity need to be the only rational consciousness? And how closely do these texts mirror the reality of today's tech?

Utopia vs. DystopiaScholars discuss the portrayal of utopian (and dystopian) futures in science fiction writings: What are some of the common themes? Have these portrayals changed with time? What are the odds we are heading towards these futures (or trying to move away from them)?

Man as Machine: Androids and Cyborgs in LiteratureAre humans more than the sum of their parts, or are they merely organic machines, as philosophers from antiquity on have suggested?Today, new innovations in science and technology provide new ways to interrogate this question, even as they continue to raise it. On the one hand, increasingly advanced prosthetics, neural interfaces (such as Elon Musk’s recently-announced Neuralink), and other enhancements allow us to go beyond the limitations of our human bodies.On the other hand, machine intelligence now rivals, and even supersedes, humans in everything from game-playing strategies to driving and facial recognition, suggesting that we’re moving closer to the holy grail of creating an artificial sentient being. These innovations pose the ultimate question: what does it mean to be human? More specifically, (how) do our physical bodies define us and shape our humanity, and how might we retain that humanity as we change, or even transcend, those bodies?

Afrofuturism: Butler and BeyondAfrofuturism can be characterized as an artistic movement - one that attempts to discover, recover, and reinvent the film, literature, and graphic art created by African-Americans and other Afro-diaspora peoples across the globe.Most fundamentally, literary Afrofuturism attempts to imagine a future in which black peoples and cultures have found a voice and gained visibility alongside or apart from traditional Eurocentric themes and traditions, which both respects the legacy of African-American and Afro-diaspora peoples and attempts to break free of the stereotypes and historical injustices that define so much of modern race-related thinking.This marriage of African-American literature and SF yields interesting discourses on race, gender, technology, and the face of the future. Scholars will discuss Afrofuturist literature, its legacy, its ethos, and its most pressing questions.

I, the Alien; or the Alien as SelfSci-fi narratives are often seen as an excellent place to explore foreign entities and species. It is also a unique tool to explain the alien as self. This panel will explore the usage of alien narratives to represent the alienated self as a representation of people who have been pushed aside, ignored, or rendered invisible.This panel asks: How do sci-fi narratives give voice to populations and individuals who are seen as alien or other?